Why is the Supply Chain one of the victims of the Coronavirus?

Omnipresent in the news around the world since the beginning of the year, the Coronavirus or Covid-19, is at the center of concerns.

Since its discovery in the Chinese city of Wuhan, the virus has continued to gain ground. To this day, more than 75,000 people have been infected and 2,000 have died.

But beyond the current health crisis, there are serious implications for the global economy. Multinational companies such as Apple, Swatch and Huawei are experiencing major disruptions and restrictions in their logistics organizations.

But how and why are Supply Chains being impacted? What are the challenges they face following the emergence of this new virus? And what can they do? These are the questions we will be looking at. 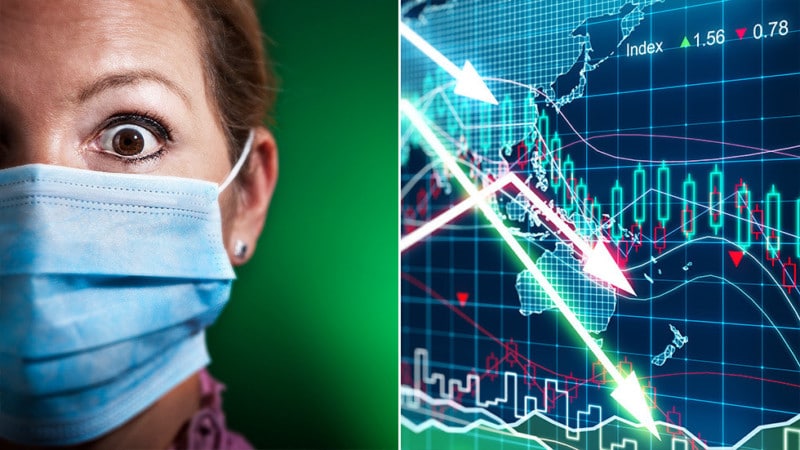 Although the epidemic is compared to the SARS epidemic of 2003, China is now much more developed and integrated into the global economy. Moreover, Covid-19 now affects both Supply and Demand, since China is both the world’s largest supplier and a huge consumer market.

Restrictions and delays in shipping to and from China have local, but above all international repercussions. To limit the spread of the epidemic, the closure of Chinese companies and ports and the cancellation of many flights and rail convoys are significantly harming the global economy.

One of the first sectors to be affected is the electronics sector, where China is a central player, holding nearly 70% of the world’s smartphone production and 50% of television sets. The arrival of the Coronavirus has paralyzed several local factories that have been quarantined, leading to major disruptions in production and supply. 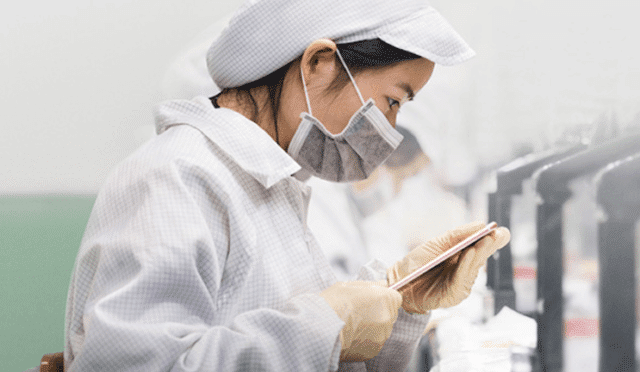 First example: at the end of 2019, Apple was counting on sales of 63 to 67 billion dollars in the first quarter of 2020. A rather wide and unusual range of forecasts, which CEO Tim Cook justified by the uncertainties related to the coronavirus. The Californian giant knew it was particularly exposed, and with good reason: almost 90% of its production is in China (Foxconn and Pegatron Technology) and China represents its third largest market (after North America and Europe) with more than 20% of its total revenue. The consequences: a 10% drop in Iphone sales, a delay in the launch of the next Ipad Pro, and the inability to increase production of the coveted Airpods.

First example: at the end of 2019, Apple was counting on sales of 63 to 67 billion dollars in the first quarter of 2020. A rather wide and unusual range of forecasts, which CEO Tim Cook justified by the uncertainties related to the coronavirus. The Californian giant knew it was particularly exposed, and with good reason: almost 90% of its production is in China (Foxconn and Pegatron Technology) and China represents its third largest market (after North America and Europe) with more than 20% of its total revenue. The consequences: a 10% drop in Iphone sales, a delay in the launch of the next Ipad Pro, and the inability to increase production of the coveted Airpods.

Second example: the Mobile World Congress, a giant conference on telecommunications which was to take place on 12 February in Barcelona, was cancelled after Vodafone, Facebook and Amazon withdrew.

But the victims of the epidemic are not just in the electronics sector. Third example: 400,000 Chinese tourists are expected to cancel their trips to Japan by the end of March. A large cruise ship in Asia has been banned by five countries out of fear that the people on board are infected.

Internationally, South Korea, Japan and the United States are the countries most exposed to danger: they import from China $205 billion, $180 billion and $156 billion a year respectively (World Bank). Similarly, the United States, Hong Kong and Japan are the 3 largest exporters to China, with $480, $301 and $147 billion per year respectively (World Bank).

At the time of SARS in 2003, China’s consumption of luxury goods was 8%. Today it accounts for 40% of sales in the Swiss watch industry and 30% of the global luxury goods industry, according to Vontobel Bank.

We have just seen that the economic impact of the epidemic is undeniable. At the logistical level, it takes various forms: overstocking, breakdowns, inability to produce or deliver, event cancellations, and so on.

Thus, the repercussions of this epidemic have led organizations to become aware of the vulnerability of their Supply Chain, particularly in terms of their over-reliance on a quasi-exclusive source (or region) of supply, which can represent a considerable risk.

Taking such external factors into account is therefore essential when designing a logistics strategy. 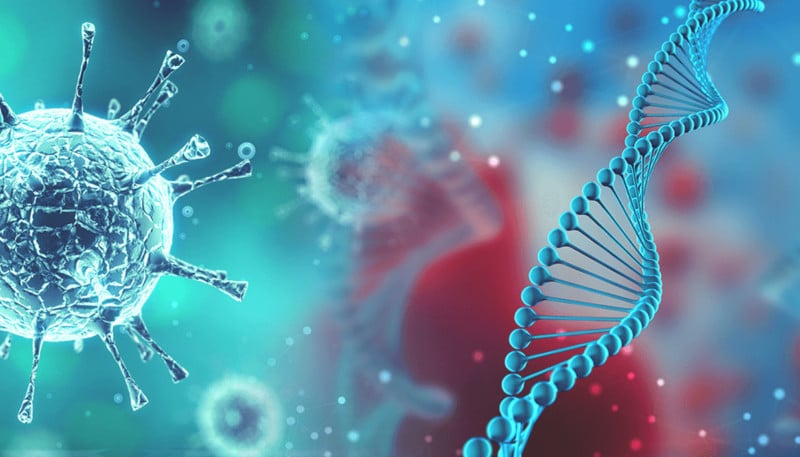 How can businesses respond to this epidemic?

Effective risk management is critical to a company’s performance and sustainability. Even if the outbreak of a virus of this magnitude is unpredictable and uncontrollable, the logistics strategy must be responsive and flexible in all circumstances.

At this this the evolution of the Coronavirus is not yet known and the actions to be taken are not clearly defined. However, by taking the necessary steps to assess the risk and prepare for the potential fallout of such an event, Supply Chain managers can mitigate its impact.

First of all, the company must be aware of the possible problems that its Supply Chain may encounter in the short term. It must put in place a risk management process outlining clear decision rules in case of a pandemic, and assign roles and responsibilities within its organization.

It is essential to set up monitoring and response programs in case of supply disruption in all countries affected by the virus, whether they are already affected or likely to be affected soon.

Second, visibility into inventory status, work in process and customer orders is critical and should enable decisions such as the allocation of available products: which customer should be delivered first?

Regarding procurement, it is necessary to create transparency on first, second and third tier suppliers, map them, measure the status of their stocks and seek other external sources if necessary.

When we know that nearly 80% of companies do not have total visibility on their Supply Chain (BCI Supply Chain Resilience Report, 2019), this becomes a real challenge!

Also, the legal aspect should not be underestimated, and the financial implications related to the inability to deliver products to customers must be clarified and anticipated.

Finally, we must not forget the human aspect: taking care of employees, following health precautions and showing solidarity with local teams in Asia, where the level of stress is probably very high.

In the medium term, it is necessary to work on sales and supply forecasts by looking at the disruption of supply and demand, to avoid a bullwhip effect. At the same time, the establishment of a safety stock (buffer stock) for the coming months will provide a margin of manoeuvre that will allow us to be more reactive, depending on the evolution of the epidemic.

Moreover, as explained above, over-reliance on a single source of supply represents a real fragility in a supply chain. In order to cope with potential shortages of materials or production capacity, supplier diversification is crucial and helps to dilute risks.

Whether natural disasters or infectious diseases, trends in recent years show an increase in their frequency.

To prepare for future risk situations, Supply Chain managers and their teams must conduct a scenario-building exercise (vary supply sources, routes, stock location, etc.) and develop the associated action plans (Business Continuity Plan). The aim is not to analyze “if” a disruption will occur, but to establish action plans that can be rapidly deployed “when” a disaster occurs.

Being better prepared could even open up new opportunities to face competition during the next disruption.

What logistical risk for consumers?

Finally, if you are concerned about the delivery of your online purchases on Aliexpress or Wish, you should know that medical experts say that the likelihood of contracting the disease via international parcels is slim.

Amazon, the online retail giant that imports huge quantities of goods from China, said via a spokesperson: “We are following the guidelines of the World Health Organization.”

For example, WHO states on its website that “it is safe” to receive packages from China and that “people receiving packages are not at risk of contracting the new coronavirus. From experience with other coronaviruses, we know that this type of virus does not survive long on objects such as letters or packages.”

Finally, in Switzerland, Swiss Post has announced that “due to the coronavirus, many international flights to China are being cancelled. The sending of letters and packages from Switzerland to the People’s Republic of China is therefore temporarily restricted. Until further notice, Swiss Post will no longer accept letters and packages to China from its subsidiaries and partner companies.”